I just sat down with one of my typical “mish-mash” dinners. Rice with crushed tomatoes and tuna, a salad of greens, carrots and fruit and ginger tea.

This is quite satisfying, actually.

This year, I want to do things differently. I never make resolutions and do not see the new calendar year as a significant turning point. The calendar is a human-made concept, after all. However, a change of season and a new journey toward a new spring is reason enough for new directions. 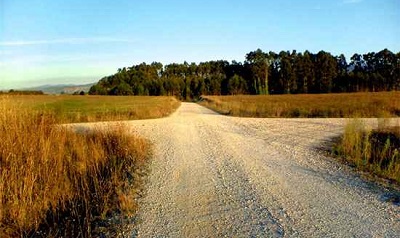 What I want to learn to do differently is to be more assertive with what I know is right for me. For example, I know it in my gut when someone offers me a new writing assignment if this is the right thing for me to do at that time, yet I invariably avoid saying no. As if this were akin to rejecting them. Who likes to be rejected? So I say yes, and then no. This is not how I want to do business.

The thing is, having so much on my plate that I can no longer give 100% quality work and service to every single client is not an option. So why do I even hesitate?

I think I grew up at a time when we learned that opportunity knocks but rarely and one must be willing in order to succeed. Yet I have never felt this deeply inside of me. Rather, and this is merely a personal perspective, I believe that it is not a matter of opportunity as it is a matter of compatibility, ability and timing.

The example I always return to in my mind is an incident that took place over 20 years ago. Soon after I first arrived in Vermont, I accompanied a friend and her dogs to a special veterinarian in New Hampshire. I had worked for a vet in Montreal and we talked about that. After a few days, I received a call from his office informing me that they wanted to offer me a job. Not only that, but he was willing to sponsor me. I was not a US citizen at the time.

The opportunity was golden. This did not matter. I knew that was not the right story for me right there and then, so I declined without hesitation. To this day, it baffles me that I could be so clear then, so confident, even as I actually had no income and no idea what my future would look like.

The real opportunity consisted in a chance to recognize who I was at the time, what I was capable of, able and willing to do; how I wanted to live, in that instant and whether it was wise to stray from course.

This is the distinction I have trouble making now. Puzzling.

As I say this, I just remember something that I think might be helpful to this quest. I used to attend a little Catholic church whose pastor was a wonderful and well-loved man by the name of Father Denis. He stayed on there for years until one day he made a very difficult, but very clear choice: he left the priesthood. He subsequently married and had a child. Many were angry and felt betrayed, but the only way I could see this was that, for him, not changing his life would have been the dishonest choice, not the other way around. He was not being selfish, he was being truthful and honest.

And that’s the deal. Honesty. In fact, that’s the question. If someone asks, “Can you do this?” perhaps the answer is, “Yes. Yes I do have the skills to do this,” but another, internal question must follow the first: “Am I able to do this now?”

In the end, choosing what fits may require effort, but doing what fits, however involved it may be, does not.

Animals get it, because their decisions are based in the need for self-preservation and survival. Our decisions have the same bases, of course, but we blur everything with self-doubt. 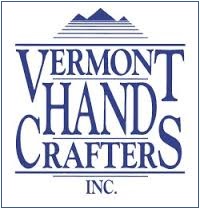